The Group Council had decided (in it’s wisdom) to have a day out for all of our members and their families before the new scouting year started. The idea being that the Beavers, Cubs, and Scouts could showcase some of the skills that they had learned during their year with 89th Bremore. The plans were made and the leaders and some helpers arrived down to the woods at 11am to get set up. They needed to have some fires going and some bivvys built and set out where everything wa

We started our scout meeting with our Charter. Courage Honesty Adventure Respect Teamwork Environment Laughter We then played a game with chairs. The challenge was to get your patrol across the room on chairs at the same time without anyone touching the ground. Jaguar were Victorious again with both Cobra and Raven struggling to do even one length of the hall. After, Ciarán showed us what to pack in our rucksacks. The new scouts wrote lists on what they needed to bring as thi 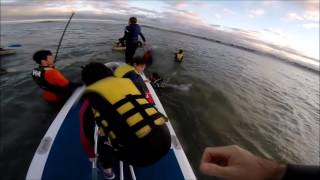 Cubs on the Water again

We started our Thursday meeting with our charter. Followed then by a game outside “here fishy fishies come into my sea and play!” It might be getting a bit too dark to play outside as during the second game, Shark Finn and Ciara McCann collided and bumped heads. Ciara came out the worse for wear and had a sizable lump on her head. After that we came inside and made mini bows and arrows. We cut notches into lollipop sticks, decorated them and used dental floss as string. We th 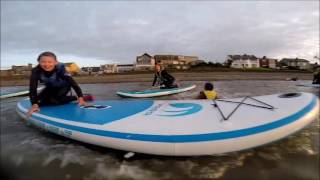 WHY BEING A SCOUT MAKES ME A BETTER EMPLOYEE

Carlingford Adventures for the Scout Section